Microsoft Ignite: Edge Computing and IoT to be a Revolution

Microsoft Ignite 2018 focused on IoT, AI, and edge computing, with a keynote address by Microsoft CEO Satya Nadella, and many Microsoft product releases. Microsoft held its annual Ignite conference last week, drawing over 30,000 developers and IT professionals to the Orange County Convention Center in Orlando, Florida.

While Microsoft Ignite had a list of exciting product announcements, speeches, and sessions throughout the week (ICYMI, they’re available online), the keynote address given by Microsoft CEO Satya Nadella, and the context his keynote added to the conference, is getting much of the post-conference attention.

In his keynote, Nadella drew an analogy between Ford Motors’ use of electricity in the 1920s to how companies today are leveraging IoT and edge computing. Ford Motors, Nadella explained, was the first to build factories and production lines, and even its cars, around the newest technology of the day – electricity – thus ushering in a new technological paradigm.

To Nadella, the intelligent cloud and edge computing are becoming as revolutionary as electricity.

This year’s Ignite conference had three key themes: Security, AI and Big Data, and IoT and Edge Computing. Each product Microsoft announced, every session that was held, and each speech that was given, falls into these three categories, which are critical if edge computing and the intelligent cloud are to become the technological ushers of a new world.

[Unlock the potential of IoT with Workload Automation]

Keynote Quote: “We see six-and-a-half trillion security signals, that are being processed by us, every day. So that’s the operational security posture that’s used to ensure that every part of your digital estate is secured on a daily basis.”

Microsoft announced several new security features and products, including the new Microsoft Threat Protection that is being billed as an end-to-end security solution – for email, computers, files, personal information, and infrastructure – that detects, defends against, and repairs the effects of cyber-threats.

Azure confidential computing made a big splash, as well, positioning Azure as the first cloud service to protect data “while it’s processed in the public cloud.”

Most notable was Microsoft’s declaration that it’s ending the “era of passwords.” The Microsoft Authenticator app will have a login option that uses your mobile device “and fingerprint, face, or PIN” to establish a secure, multi-factor authentication, according to Microsoft.

If people and organizations don’t feel secure uploading sensitive data and information to the cloud, or secure in connecting devices to the edge, cloud and edge technologies won’t get off the ground.

Keynote Quote: “What’s really happening out there is computing is getting embedded in the real world. Everything, whether it’s a car or a refrigerator or the factory floor, is getting connected and becoming intelligent. That’s the rich world of computing: Computing is not just about the computer industry, it is about the entire world.”

There are also updates to the Azure IoT Hub Device Provisioning Service which will make it even easier to “provision, register and scale millions of IoT devices” to the cloud.

The Azure Digital Twins, perhaps Microsoft’s most radical announcement, is an IoT platform designed to develop digital models of our physical world. The product is apparently being directed towards real estate and property management companies, but it’s a safe bet this technology’s destiny is to integrate with AI to deliver intelligent services to product developers.

If we want AI and machine learning solutions to improve, we need to feed them more data and information. The edge is going to collect that information and the cloud will be the repository.

Keynote Quote: “AI clearly is one of the defining technologies of our time and we wanted to make sure we were tackling some of society’s challenges.”

The goal of the Open Data Initiative is to make customer data readily available to companies. As Nadella explained, even though companies across industries and markets are generating huge amounts of data, that data is “trapped in silos, many of them internal, also external silos. So the real challenge is to be able to bring all of this data together so that companies can be in control.”

The second major non-product announcement was Microsoft’s AI for Humanitarian Action. Over the next five years, Microsoft plans on spending $40 million to leverage Artificial Intelligence to assist with efforts in disaster recovery and disease and famine responses.

Back on the product side of things, Microsoft has announced a slew of new AI and Big Data products and updates.

Here’s a short list of the announcements Microsoft made regarding new AI and Big Data products and updates.

Of all the exciting things that have come out of Microsoft Ignite 2018, one thing is clear: Microsoft has laid out its new strategy and it starts with bringing AI, IoT, and cloud computing to more individuals and organizations than ever before. And that’s the takeaway that made this year’s Ignite, in my opinion, the most exciting Microsoft conference of the last 10 years. 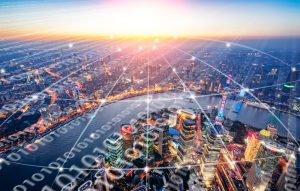 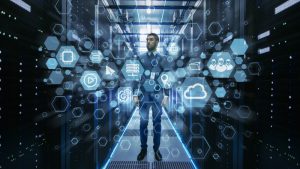