A lot of times in work (and in life), it’s easy to get caught up in the day-to-day mechanical tasks, without ever really thinking about the big picture.

Especially in IT, with so many different technologies and projects, it can feel like a constant cycle of putting out fires and moving from one task to another just to stay afloat.

In this post, we’ve compiled a list of our top four picks for technology TED talks to get you inspired about technology again. These TED talks cover a diverse array of big ideas and topics in technology, from how to use gaming to solve the world’s problems to a look back on past predictions of the internet.

Back in 2007 when Kevin Kelly, co-founder of Wired, gave this thought-provoking TED talk, the World Wide Web was only 5,000 days old. Today, almost 10 years later, we’re more than halfway through Kelly’s 5,000 days.

A lot of things about Kelly’s talk nearly a decade ago ring true today. For example, one theory that Kelly embraces in his discussion centers on the internet as the global computer or global mind that can store and share the world’s information from various devices with humans acting as the ears and eyes, gathering data by taking photos, recording videos, and more. Sound familiar today?

So how are Kelly’s predictions about the next 5,000 days shaping up to today? Find out here.

For IT professionals and developers, coding is a way of life. For everyone else, it’s just a meaningless set of acronyms and trendy new names like Python and Ruby on Rails. But computer scientist Mitch Resnick challenges the traditional view that coding is only for developers in this 2012 TED Talk. Instead, he proposes, coding is for everyone.

Resnick gives a lot of different examples in this demo-filled discussion, while also talking about his MIT group’s programming language, Scratch, that can be used as a first step to the world of computer programming, especially for kids.

But what really shines through is that as computers and technology become an even greater part of our lives, creating the highly connected world we live in today, our skills and understanding of technology naturally will shift. Watch the full TED Talk here.

That’s right. All that time spending WoW, and you had no idea you were really saving the world. Not quite. Game designer Jane McGonigal points out humans spend about 3 billion hours a week playing online games. That’s a lot of time.

She proposes using that time more effectively by playing bigger and better games as part of a cooperative gaming project in order to solve the world’s problems. McGonigal talks about games she has created at the Institute for the Future, which are designed to bring out gamers’ problem solving abilities for global issues like poverty or access to clean water.

While you may vow never to give up WoW, even in the interest of saving the world, this TED Talk provides an interesting perspective on gaming and how it can be applied to the real world. Watch it here.

Is technology ever going to solve the world’s problems? That’s exactly the question Jason Pontin, editor-in-chief and publisher of MIT Technology Review, asks in this well-known 2013 TED Talk. Pontin starts off his talk by recalling his early childhood wonder and amazement at the Apollo 17 liftoff and how it seemed like a certainty that humans would establish colonies on Mars in his lifetime.

But instead of colonies on Mars, today we have Twitter. Throughout the rest of this talk, Pontin explores the political and economic factors that are restricting technology from solving the energy shortage or improve crop yields to eliminate famine. Watch the full TED Talk here.

Leave us a comment and let us know what you’re favorite TED Talk on technology is. 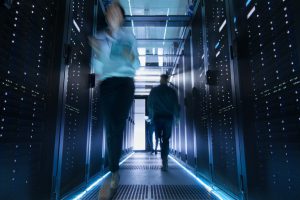 Data centers are the nerve centers of organizations, responsible for housing and maintaining critical data and providing resources to meet […] 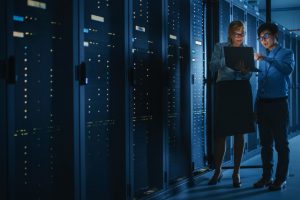 A Proactive Approach To Securing Your IT Automation Environment

Automation environments continue to grow, expanding to encompass more connections, endpoints and processes across the enterprise. This includes sensitive data […]