How to Use Workload Automation for Onboarding Processes

Learn how workload automation is simplifying onboarding and off-boarding processes with integrations for Microsoft Active Directory and Exchange. When Alice Smith walked through the doors of Umbrella Corporation on her first day as a Biochemist in the Research Division, she was excited to get started on the breakthrough anti-virus she had been specially recruited to design. After she had met with Human Resources to fill out paper work, she was led to her office, where she found a set of instructions containing her computer login and email address information. Despite trying the username and password several times, she could not log in to the system. Without an account, Alice couldn’t submit a trouble ticket and instead had to call IT directly to ask for help.

At the other end of the building, Matt White, Umbrella’s network administrator, was in the middle of helping the Accounting department with a failed FTP process that needed to be restarted immediately. When Alice called in to report the error with her login, IT was already short-staffed so Matt told her he was busy but would call her back as soon as he could to fix the problem.

A few hours later, after Matt had helped Accounting restart the FTP process and answered some higher priority requests that had come in, he began to look into Alice’s problem. Finally, after an hour of going through every step, he realized he had configured a user account for an Arthur Smith who had started the week before Alice, but had never set up Alice’s account. He then went through the tedious process of setting up Alice’s Active Directory account, assigning her a username and password, adding her to the correct groups, creating her Exchange account, and adding her to the Research mail distribution list.

By the time Alice was able to log in and start the week-long employee training videos, it was after lunch. Matt was burnt out and frustrated that he didn’t get to any of the projects he was working on.

Without onboarding automation, companies like Umbrella spend thousands of hours each year on time-consuming and error-prone manual processes that burden the IT department and result in losses of employee productivity for people like Matt on the IT side and new employees like Alice on the business side.

Executing and managing repetitive tasks like provisioning and de-provisioning accounts is not only labor-intensive, but inefficient when network and system administrators must rely on custom scripting or manually entering the data for each change. In addition to this loss in productivity, relying on manual processes or scripting procedures creates a weak point for the organization because as the authors of the original scripts leave, it becomes harder to maintain scripts written by people who have long since left the company.

Automating onboarding/offboarding processes minimizes the upstart time for employees, improves security and mitigates the risk of unauthorized access, and decreases the duplication of processes and manual intervention on the part of IT.

What most organizations aren’t aware of is that they can build their onboarding/offboarding processes with workload automation software. IT automation removes the need to write scripts or purchase HR onboarding software that will increase IT costs and create more complexity as someone in IT must then become the point person for that specific software.

For example, with workload automation software, instead of setting up each individual account and distribution list for Alice, Matt could have used a templated workflow that would have triggered the onboarding process automatically once HR added Alice to the employee database. IT can further expand the process by doing things like provisioning servers for new users or adding new users to the payroll system.

Automation’s built-in integrations with Active Directory and Exchange Server allows users to automate repetitive and routine onboarding tasks, thereby saving time for IT Operations to tackle bigger projects and reducing the likelihood of manual errors. Moreover, instead of operating in silos between tools like Active Directory and Exchange, automation allows users to create workflows that span both technologies, thus minimizing the amount of links chaining the technologies together.

Users can automate adding/deleting/modifying attributes associated with various objects/users, handle change requests such as resetting user passwords, associate members to distribution groups, and more. For example, when an employee is promoted, IT can create a workflow that would automate the process of promoting that user account, adding the user to the appropriate new groups, modifying security settings, and more.

Longtime customer SThree, a global recruiting firm headquartered in London, shared with us how they are automating onboarding and offboarding processes in a recent case study. SThree’s IT organization was able to decommission their HR onboarding software by using ActiveBatch’s built-in Active Directory and Microsoft Exchange Job Steps.

Join the conversation! How do you handle onboarding/offboarding? What challenges do you face in automating your processes? 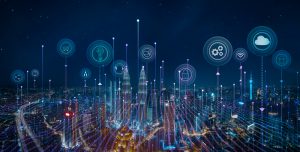 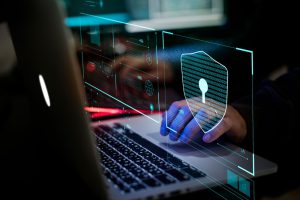 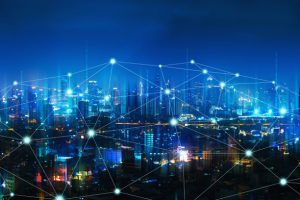