IT Automation is the “Glue” of Digital Business

This month we had the pleasure of attending the Gartner Data Center, Infrastructure & Operations Management Conference in Las Vegas, Nevada. In addition to speaking with attendees and customers, we were able to attend several sessions from leading Gartner analysts. One of the presentations we thought would be of interest to readers of the IT Automation blog was Gartner VP and Distinguished Analyst Ronni Colville and Research Director Robert Naegle’s presentation, Automation: Big Benefits for Today’s and Tomorrow’s Data Center, But Is It Really That “Automagic”?

Colville and Naegle started off the presentation emphasizing that a strong I&O foundation is required to meet the diverse demands of today’s digital businesses. Naegle said, “automation is the glue for digital business.” And picking the right glue is key to developing a successful automation strategy in your data center.

But when it comes to how many tools or what kinds of tools organizations are using, there is no one size fits all strategy. The first live poll of the presentation asked attendees how many IT automation tools they anticipated managing in their ideal environment. The live poll generated a mix of responses from over 200 attendees with “3 to 4” taking the top spot, followed by “5 to 7”, “8 or more”, “1 to 2”, and very little respondents choosing “Don’t Know” or “No current plans to automate”. Colville remarked that most organizations probably have 8 or more.

Gartner predicts that by 2017, 75% of enterprises will have more than four diverse automation technologies within their IT management portfolio, up from less than 20% in 2014.

Colville explained there is no single consistent automation. Scripts are the most common, with newcomers like application release automation entering the fold. Colville advocated asking fundamental questions such as “what do we have?” and “is what you have extensible?” to build a better automation strategy moving forward.

Naegle emphasized that with more tools comes more risk as individuals in the organization are doing different things with different tools. For example, the network team might buy a different automation tool than the server team and the database team might buy a different tool than the storage team, resulting in the organization using 4 tools when 1 or 2 was actually possible. Because there is no coordinated effort between departments or individuals, organizations are taking an ad hoc approach, resulting in islands of automation.

This ad hoc or “opportunistic approach” is characteristic of most organizations today and is not scalable, says Colville. It introduces increasing levels of complexity, higher TCO, and lacks any form of enterprise-wide governance. Instead, Colville advocates a systematic approach in which the organization employs a “process first, technology next” philosophy that creates improved governance and better end-to-end automation.

Organizations look to IT Automation for a number of reasons. Colville listed off a few: people don’t scale, scripts are fragile, processes are more complex, and knowledge does not transfer easily. While we were at Data Center, several attendees said a major sore point for their organizations was scripting. For a lot of attendees, it wasn’t just the time they were spending on scripting, but rather the difficulty in managing their human capital investment.

“What’s driving automation is the fact that you absolutely have to get better faster and the only way to do that is by using automation.”

For example, one IT Manager mentioned how her organization had one person who exclusively wrote Python scripts, and that he recently announced he would be retiring at the end of the year. The IT Manager expressed how she didn’t have the budget to hire a replacement since they had recently bought a new software, but that no one on her team had the knowledge to take over the existing Python scripts, nor did they want the headache of maintaining scripts they didn’t write in the first place.

Organizations who rely so heavily on scripting are exposed to significant risk since the individual writing the script may leave or go on vacation, leaving a critical knowledge gap over time as scripts must be maintained and updated. In addition to this,, most of the time developers don’t want to take on someone else’s script anyway.

Colville said, “scripts are one-offs- there is no place to put or manage them.”

Modern IT Automation tools like ActiveBatch offer a script vault or content library for scripts so that you can protect your existing investment in scripts and have a central location for storing all of your scripts. We talked to a lot of attendees who were very interested in protecting their scripts and liked capabilities such as life-cycle management and revision history, which gives users greater control and visibility by showing them who last edited the script and when, while also providing an option to restore to a previous version. As organizations move away from scripting, unique capabilities like the Integrated Jobs Library, which provide templated job steps with built-in logic, become key to mitigating risk and reducing manual errors.

Colville and Naegle predict the future of IT automation will take a heuristic approach, driven by intelligent tools. Heuristic tools will rely less on a process-driven approach, and will be able to dynamically act in response to available resources or conditions and events. As Naegle said, our world is not static. Business regulations like HIPPA or the Patriot Act introduce frequent changes for the IT organization, thereby requiring constant updates to processes and workflows. Having intelligent tools with built-in knowledge makes it easier to update processes and workflows so that regulations aren’t breached by IT.

Colville concluded, “Automation is really deterministic today. In the future, they’ll say based on this red light or green light, don’t do this or do this. It’s taking the analytics side of our world and merging with automation, making it way more flexible.” 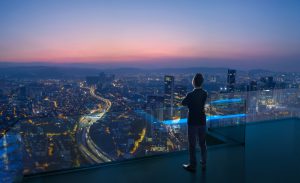 The Automation Mandate Of Forrester’s 2022 Predictions

Forrester, a leading research and advisory company, has released a set of predictions explaining how technology will impact business decisions […] IT Modernization Hinges On A Successful Automation Strategy

IT modernization is critical to staying competitive in our increasingly digital world. But modernization projects are failing at a surprising […] 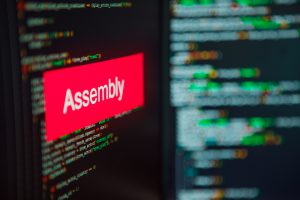 What are the Benefits of Low-Code IT Development?