Recent surveys indicate that IT Automation is becoming a critical part of cloud, virtual, big data, and onboarding initiatives. IT Automation in the Cloud

Every year, Advanced Systems Concepts surveys ActiveBatch customers around the world to gain insight on how leading IT professionals are using IT automation and the value that automation is delivering to the business. This year’s survey, conducted in January 2015, showed that workload automation is quickly becoming a critical part of cloud, virtual, big data, and onboarding initiatives, with the use of automation for these initiatives expected to double or even triple in the future.

Cloud and virtual systems are recording the biggest jump; in 2014, only 2% of respondents reported using workload automation for their cloud processes, compared to 21% who said they either now use, or intend to use, workload automation for this purpose. The increase for virtual systems is even greater, jumping from 2% in 2014 to a total of 26%. Similarly, in the area of Big Data, 12% of respondents stated they were currently using automation for Big Data processes, while 28% plan to use it in the future.

For example, longtime customer SThree, a global recruiting firm headquartered in London, shared with us how they are automating onboarding and off-boarding processes in a recent case study. SThree’s IT organization was able to decommission their HR onboarding software by using ActiveBatch’s built-in Active Directory and Microsoft Exchange Job Steps. This enabled true cost savings for the organization as it was able to make the old HR software obsolete and utilize a built-in ActiveBatch capability to simplify their IT environment.

How Frequently Are Organizations Using Automation?

Lastly, another trend was that the number of people using workload automation on a daily basis increased to 79%, up from 63% in 2014. Given the rising complexity of modern IT environments and dynamically changing business demands, automation is becoming a core part of IT and business operations. As more technologies enter the fold to simplify processes and speed Operations, workload automation is needed more than ever to consolidate and unify disparate technologies, applications, and platforms. 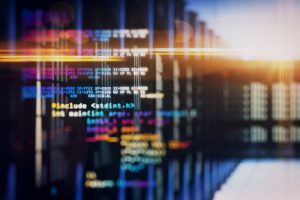 Cloud Repatriation Isn’t Going Away — Here’s How To Prepare

Organizations are executing more workloads in the cloud than ever before. This trend towards cloud-based workloads over on-premises workloads will […] 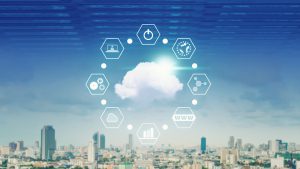 Hybrid IT Automation: The First Step For Cloud Expansion

Most large enterprises are taking a multi-cloud approach, running workloads in both public and private clouds. Yet while workloads continue […]

How To Scale Digital IT Services With Automated Provisioning

Organizations are accelerating the shift to cloud-based software and infrastructure. Multi-cloud environments are increasingly common as organizations focus on digital […]