Gartner IT Operations and Solutions Summit showed how analysts and IT professionals are reshaping the way they view IT Automation and Workload Automation. As the tech world turns its gaze on embracing digitalization and technology disruption, oftentimes the unsung heroes left out of the spotlight are IT Operations professionals.

Earlier this month at Gartner’s IT Operations Strategies and Solutions Summit (IOSS) in National Harbor, Maryland, the spotlight was on IT Operations.

Every year, we find it’s a great event which offers specialized learning tracks for IT Operations professionals. This year the focus was on a few consistent areas such as cloud and DevOps, but newer areas like bimodal and IoT were also big focal points for the conference. Perhaps most surprising of all was that both analysts and IT professionals had their eye on automation.

This came as quite a surprise for us considering in the past few years, automation has been a much less buzzed about topic at conferences. Most conferences focus on whatever the latest trend is – relegating automation and other less-buzzworthy topics to smaller rooms and fewer sessions.

Most people think of workload automation as the plumbing and pipes of a house. Yet as essential as plumbing is – it’s not terribly exciting.

But what many don’t realize and what was highlighted at this year’s IOSS was that IT operations automation is much more than just pipes and plumbing.

Workload automation, also known as job scheduling, has primarily been viewed as a script-wrapper, consolidating various scripts from different technologies into one consolidated solution.

In addition to this limited view, the way in which automation is brought into an organization can limit its potential. Organizations often implement workload automation as a solution for a specific siloed project for one department or a key business initiative- never considering what they can accomplish with the new capabilities outside of that specific area.

What came out of Gartner IOSS is the way analysts and IT professionals are reshaping the way they view automation. As Gartner Managing Vice Principal Ronni Colville said, automation is the glue for enterprises.

Rather than using automation as a one-off or as a limited secondary application, automation should be approached on a global scale, acting as the coordinating piece that brings all of the various processes, applications, and technologies composing the IT environment together.

This doesn’t mean you should only have one automation tool. The right number for your organization depends entirely on your unique environment and business needs. Despite the fact that organizations have invested a lot of money and time in various tools over the years- they can no longer afford to not take a modern approach to automation. Inevitably, an audit must be done to look at what tools can be replaced, what tools need to be reworked or integrated, and what tools need their uses to be expanded.

But the end goal is to take a consolidated approach that drives coordination, rather than setting artificial minimums or maximums on the necessary automation tools.

Learn more: Get the Free White Paper on Why IT Automation Solutions Need to Be Designed for Change 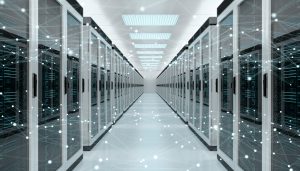 Legacy data centers are running low on compute as organizations become more data driven, leading to bottlenecks and delays that […]

How To Scale Digital IT Services With Automated Provisioning

Organizations are accelerating the shift to cloud-based software and infrastructure. Multi-cloud environments are increasingly common as organizations focus on digital […] 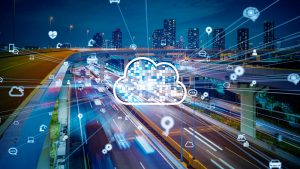 Most IT environments depend on a mix of on-premises and cloud-based resources. Digital business goals require scalability and flexibility and […]