Organizations still use the OpenVMS operating system to run critical processes. OpenVMS is reliable and secure, but expensive to maintain. Modern tools can help. The OpenVMS operating system has been around since 1977. Mentions of its name bring up images of eggshell-white VAX machines and bulky monitors. But OpenVMS, long the standard-bearer of OS reliability, is still running critical processes in major organizations.

For decades, OpenVMS was the go-to OS for critical processes that required 100% up-time, proven disaster recovery features, and iron-clad security. So that even with a string of bad news in recent years —HPE ending its support, Intel ending its Itanium processors, a 30-year-old privilege-escalation bug— organizations that run OpenVMS are unable or unwilling to migrate away from it.

Does it make sense to keep running OpenVMS?

OpenVMS was first introduced as Virtual Memory System (VMS) from Digital Equipment Corporation (DEC) for its series of VAX servers but was later renamed OpenVMS after adding support for the POSIX standard. Since that time, DEC was acquired by Compaq that was acquired by HP (now HPE).

Recently, HPE announced it will be ending its support of OpenVMS by the end of 2020. HPE sold its rights to support contract renewals to VMS Software, Inc. (VSI), which will hopefully release OpenVMS on x86 hardware in the coming months (years?).

Over 3,000 organizations are still using OpenVMS, including the United States Postal Service and Bosch. How is it that a 40-year-old operating system is still running in major organizations?

OpenVMS is known for its reliability, security, and consistency when it comes to general computing, transaction processing, and batch processing, among other uses. And when running mission-critical processes, having a reliable operating system is imperative.

Today’s more common operating systems attribute many of their capabilities to OpenVMS as it set the standard for what features an operating system should include, such as layered databases, multiprocessing, clustering, and interoperability between programming languages.

In fact, an Information Week article from 2007 stated that OpenVMS customers believed it would be the operating system to outlive them all.

However, there’s no denying that maintaining an older system can prove difficult as new applications and technologies are released, and new processes within an organization are established. Especially when modernized systems have to quickly adapt to new technology trends.

Plus, there aren’t many OpenVMS engineers still in the workforce. They’ve retired, taking with them decades of expertise. The few remaining can command very comfortable salaries, increasing the costs of maintaining OpenVMS.

A Modern Job Scheduler for OpenVMS

So where should your OpenVMS strategy go from here?

If you’re still using OpenVMS, chances are it’s been reliably running the same processes for 30 years without a hitch. So that there’s not enough appetite to green-light a disruptive migration.

But the costs are rising and OpenVMS is still an old silo in a fluid, interconnected world. IT needs an easier way to manage and integrate its legacy OSs.

Workload automation solutions can provide much-needed script vaulting, revision histories, and audit trails that make it easier to maintain and protect the custom scripts that have built up around legacy OSs. This includes extensive documentation capabilities to help prevent the loss of system know-how as veteran engineers retire.

With workload automation solutions like ActiveBatch, for example, custom scripts can be turned into reusable building blocks for assembling processes. This enables IT to incorporate data and dependencies from OpenVMS into cross-platform workflows.

ActiveBatch also includes 100s of platform-neutral integrations that enable users to build end-to-end processes without having to write custom scripts and without needing extensive experience with OpenVMS.

As Gartner presciently put it back in 2002, “…will [OpenVMS] meld with the strategic directions and applications of the enterprise, or will it remain an island of computing, doing its limited jobs well but outside the organic growth of IT?”

With the right workload automation solution, users can bring OpenVMS out of its silo, reducing the need for a costly, high-risk OS migration.

Cassie Doheny was a contributor to IT Automation Without Boundaries, covering workload automation, data center automation, cloud management, and more. IT Acronyms You Need to Know — From AIOps To WLA

Everyone likes having shorthand, especially in IT. But long lists of obscure acronyms are tough to keep track of. So as a service to IT personnel everywhere (and also for ourselves) we’ve compiled a definitive list of IT’s most common abbreviations. 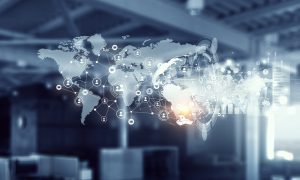 How And When To Automate File Transfers: Best Practices 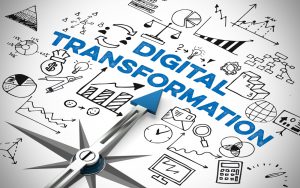 Digital Transformation Trends For 2021: An IT Perspective